A Hope More Powerful Than the Sea: Home

A Hope More Powerful Than the Sea

This guide is designed for English students at Oakland Community College, Auburn Hills, reading A Hope More Powerful Than the Sea.   We hope it will aid in your understanding of the book and allow you to explore it more deeply.

Extra copies of the book are available in the OCC Libraries. 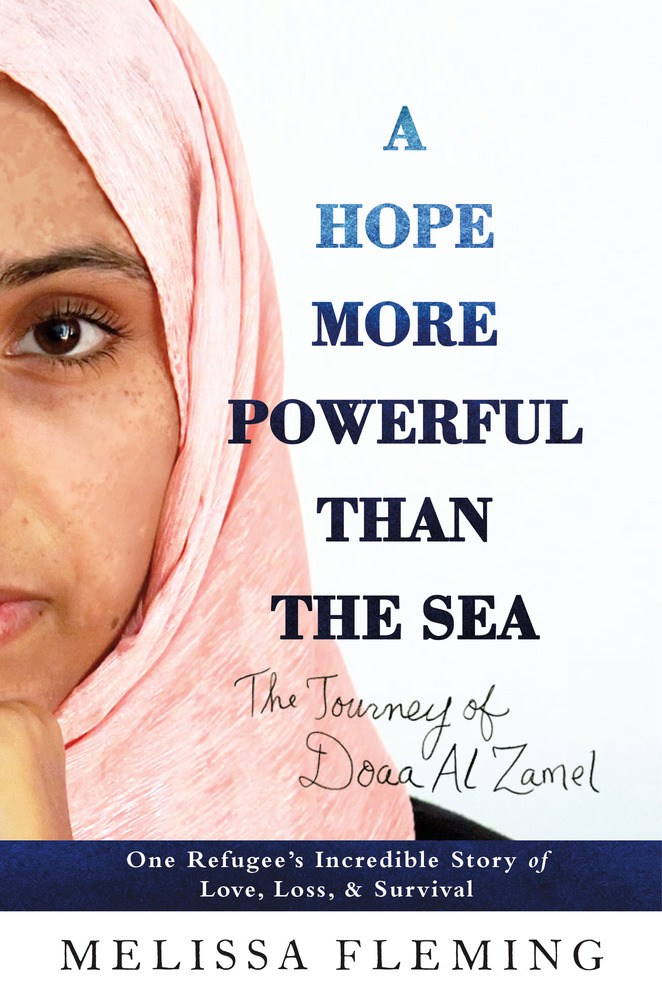 Melissa Fleming shares the harrowing journey of Doaa Al Zamel, a young Syrian refugee in search of a better life.

Doaa and her family leave war-torn Syria for Egypt where the climate is becoming politically unstable and increasingly dangerous.

She meets and falls in love with Bassem, a former Free Syrian Army fighter, and together they decide to leave behind the hardship and harassment they face in Egypt to flee for Europe, joining the ranks of the thousands of refugees who make the dangerous journey across the Mediterranean on overcrowded and run-down ships to seek asylum overseas and begin a new life.

After four days at sea, their boat is sunk by another boat filled with angry men shouting threats and insults. With no land in sight and surrounded by bloated, floating corpses, Doaa is adrift with a child’s inflatable water ring around her waist, while two little girls cling to her neck.

Find A Hope More Powerful Than the Sea in the OCC Libraries.